Join in and catch up on all the drama of season 1-8 with an Entertainment Membership on NOW. 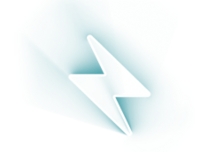 Boost it with Full HD, Surround Sound on up to 3 devices at once.

American fantasy drama based on novels by George RR Martin. Set in the fictional Seven Kingdoms of Westeros, it chronicles the violent struggles of the realm's noble families for control of the Iron Throne. The families also face threats from the icy North and the eastern continent of Essos.

Sean Bean and a Golden Globe-winning Peter Dinklage are among the stars of this smash-hit fantasy drama from HBO. Lord Eddard 'Ned' Stark faces a dilemma when he is asked to serve at the side of King Robert Baratheon (Mark Addy).

The cold winds of winter are rising in Westeros. War is coming and five kings continue their savage quest for control of the all-powerful Iron Throne.

Jon Snow (Kit Harington) tries to earn the trust of wildling leader Mance Rayder (Ciaran Hinds); Arya (Maisie Williams) encounters outlaw group the Brotherhood Without Banners; and Daenerys meets with the slavers as she moves to build an army.

Jon Snow finds himself on trial at Castle Black; Melisandre (Carice van Houten) oversees a sacrifice to the Lord of Light at Dragonstone; and lessons are also learnt as Arya continues her road trip with unlikely travelling companion the Hound.

As Daenerys struggles to balance her beliefs with her desire to bring peace to Meereen, Jon Snow makes a controversial decision. Fifth season of the award-winning fantasy drama.

With all of the key houses now left on the brink of ruin, who will survive and stand tall in the sixth season of the epic fantasy drama.

The penultimate season of the most successful show in Emmy-winning history. The end is approaching. War is coming. The greatest battles lie ahead in the seventh season of George RR Martin's fantasy epic as winter finally arrives. And the dead with it. The major houses face the prospect of war and the coming terror from beyond the wall.

HBO's Emmy Award-winning series returns for its eighth and final season. The end is here, but the fight for survival has just begun. Prepare yourself for Game of Thrones epic final season.

House of the Dragon: The Game of Thrones prequel.